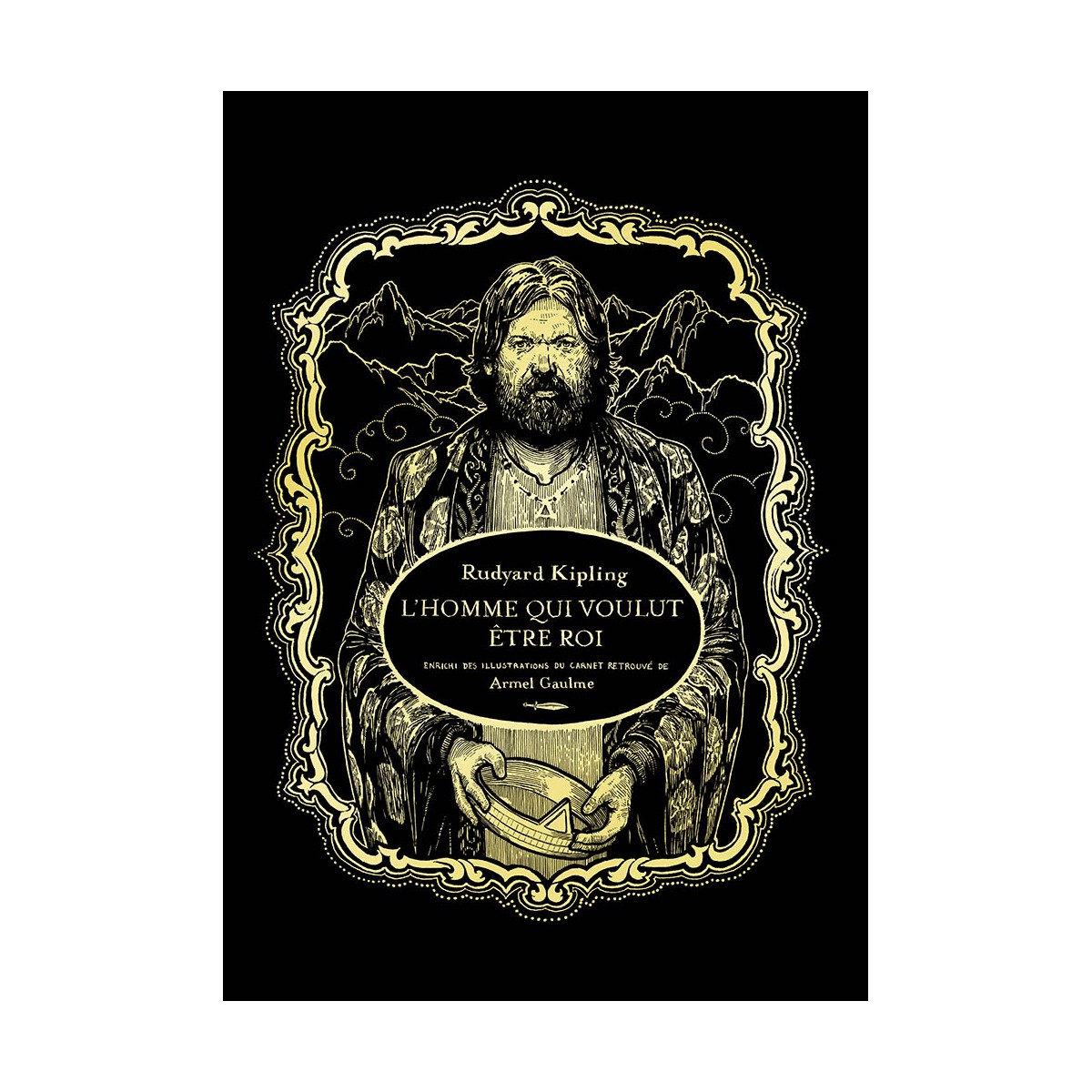 The Man who would be King – The forgotten sketchbooks

By Rudyard Kipling and Armel Gaulme, foreword by Érik L’Homme

Full presentation of the book on the Caurette Editions website

THIS BOOK IS IN FRENCH ONLY

While many readers will already be familiar with Kipling’s story, few will be aware that Dravot and Carnehan were accompanied by French illustrator Armel Gaulme on their journey. Gaulme’s task, it seems, was to document their adventures in a series of sketchbooks. However, until very recently, these sketchbooks were believed lost.

Sadly, we know very little about Armel Gaulme, the author whose notebooks illustrated the journey of Dravot and Carnehan in Kafiristan. A few scribbled notes suggest he was a Frenchman, but other than a blurry photograph and some scattered references, no other trace remains. It is only by chance that these sketchbooks, which seemed lost for more than a century, were recently found. The story of this discovery would be worth a book in itself, but suffice to say that, generations later, one of the Gaulme family’s descendants got hold of it after a ten-year search. This descendant who is, funnily enough, also called Armel Gaulme entrusted the notebooks to Caurette Editions to publish it in its original format.

This version, published in A4 format instead of the original 15.5 x 22.5 cm size, has an additional forty pages of colour watercolours and travel sketches.