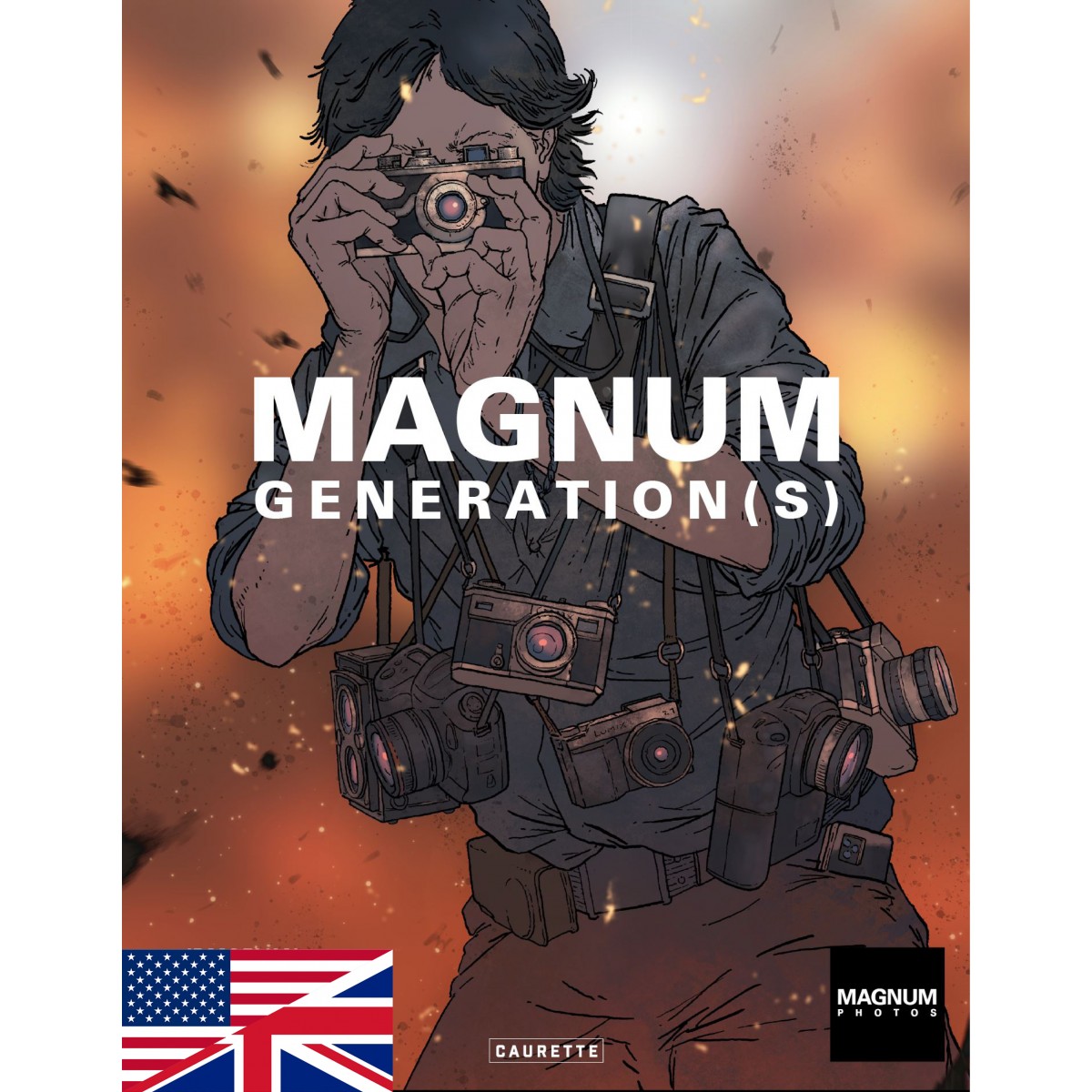 This project, which aims to comemorate the 75th anniversary of the Magnum Photos agency, was initiated by Jean-David Morvan, featuring drawings by Rafael Oritz, Scie Tronc and Arnaud Locquet.

This is an English version of the book - Version française juste ici !

"If your pictures aren’t good enough, you’re not close enough."

At the outbreak of the Spanish Civil War, as the shadow of fascism was spreading around the world, Robert Capa, David ‘Chim’ Seymour, Henri Cartier-Bresson, Gerda Taro, and George Rodger went into the field to witness events that would shake world history, sharing what they saw with those who could not be there, thereby defining the raison d’être of the photoreporter.

In support of their undertaking, and aspiring to greater things, they would set up the famous Magnum Photos cooperative. They were courageous and devoted to each other in the heart of conflicts, where they would go to find and reveal the truth.

"All you need is a little bit of luck and enough muscle to click the shutter."

The Magnum Photos agency was founded in 1947, right after World War II, when photojournalism was in its prime. On the 75th anniversary of the founding of the most famous photographic agency in the world, here is the tale about the amazing fate of its, now legendary, shooting stars.

This magnificent hardcover book contains a 185-pages graphic novel on the history of the agency as well as a 37-pages portfolio with no less than 73 photos, and a very complete 14-pages folder on Mangnum Photos.