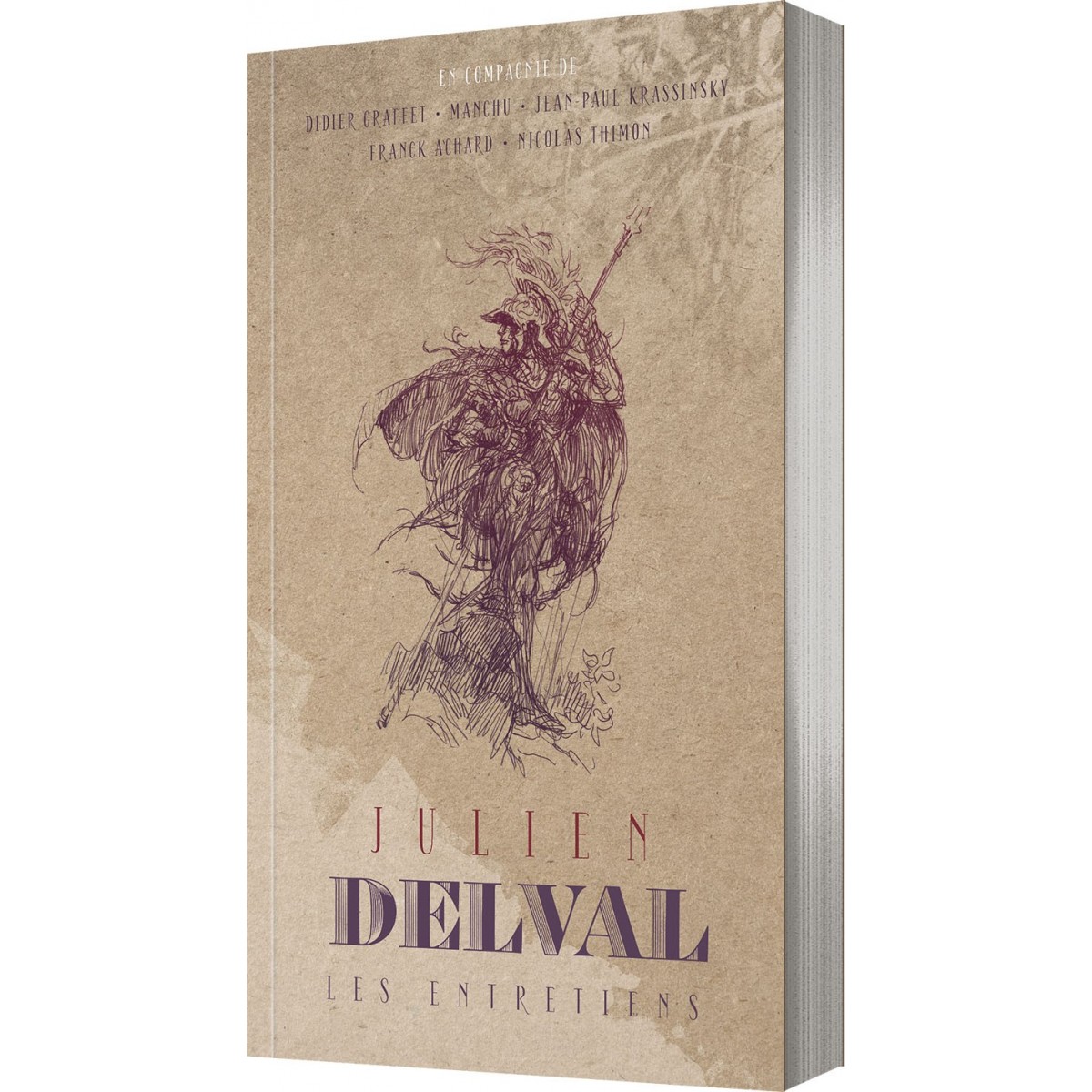 The small format of this book makes it the perfect companion of the Monograph and the Studies.

Julien Delval was born in 1972 and after studying fine art, he began as an illustrator for role-playing company Multisim. The connections he made at the firm led to the realization of numerous bookcovers for different publishing houses. Today, after a stint in comics, he continues to work in the gaming sector, mainly with Days of Wonder, and spends time on personal work, which is supported by the Daniel Maghen Gallery. He produces scenes from ancient worlds, mythology and fantasy inspired by classical painting and the imagery of the 20th century.

Four lengthy interviews made in the company of artists and friends to discuss youth, inspirations, comics, painting, nature, ruins, the Antique, Romantism, the art market...

Initially, the project of publishing a monograph and studies of the artist was launched by a crowdfunding whose objectives were reached very quickly.

These interviews unravel some of the complex secrets of Julien Delval's art which you can find in those two books.

Please note that this is a PRE-ORDER!

The book will be available February 2020.

For any order combining a book in preorder and other books that are already available, you will receive all the books in one only parcel as soon as the preordered book is published or reprinted.