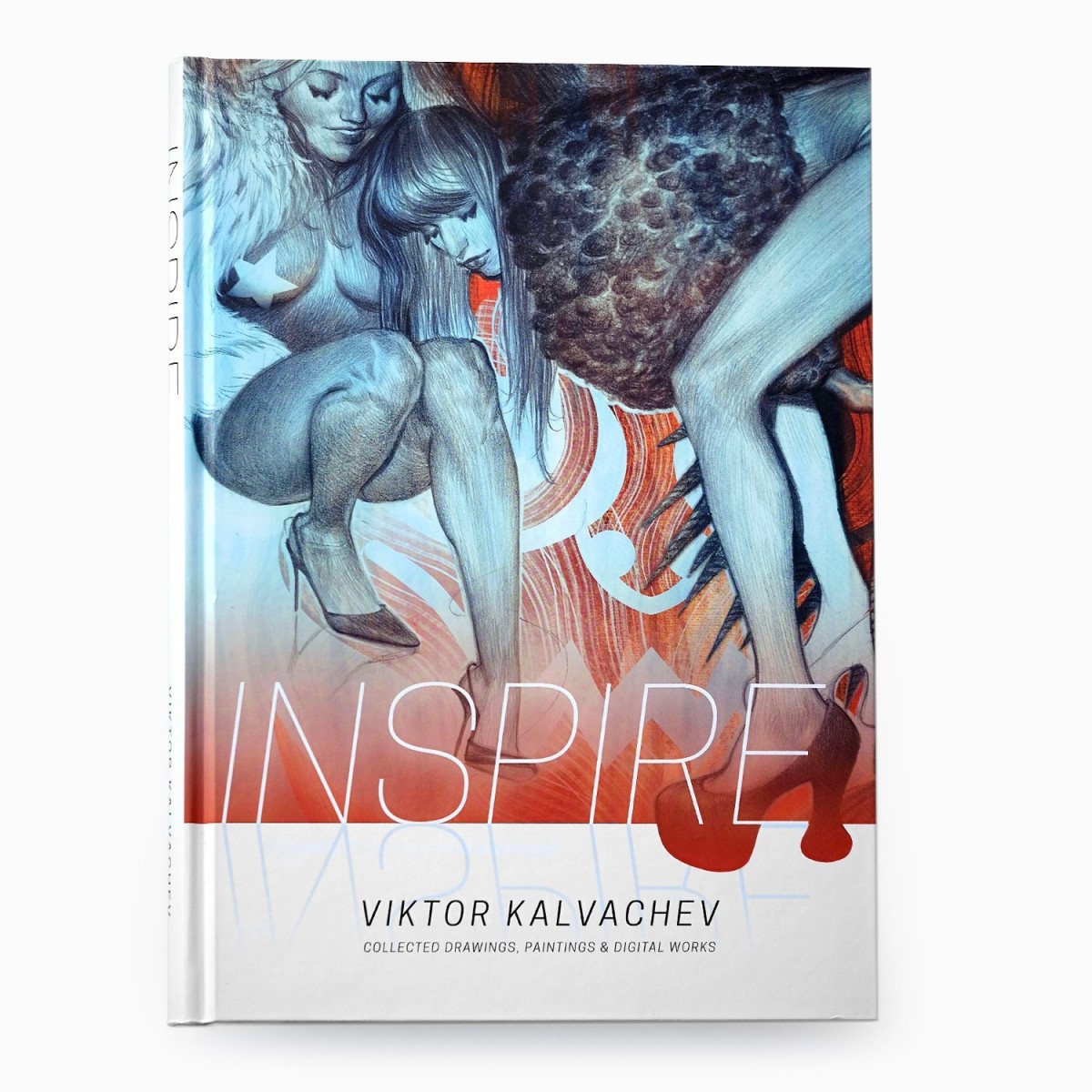 Inspire by Viktor Kalvachev came into being as the result of a very successful  Kickstarter campaign in 2018! It's a collection of drawings, paintings and digital works created by Viktor Kalvachev during the seven years he was living in Paris, as he filled the pages of his Moleskine sketchbooks with one drawing after another.

These drawings come from his own vivid imagination as well as the memorable street scenes that he was compelled to commit to paper.   The women he draws are strong and independant, even in their vulnerability, drawn with appreciation for all their virtues, complexities and contradictions; the men are drawn with wit and humour depicting the cynical, the noble and the tender.

In other words, a must have!!

Kalvachev was born in Bulgaria in 1972 and moved to the US in his 20s to begin a career in the entertainment industry. He has worked for movies such as Spiderman and The Incredibles. His career allows him to work  around the world doing interesting things, while working on set for  Disney and Pixar, and working with interesting people, such as Steven Spielberg.

You are invited to learn more by visiting Kalvachev's website!

And for more information about the book, visit the publisher's website right here.