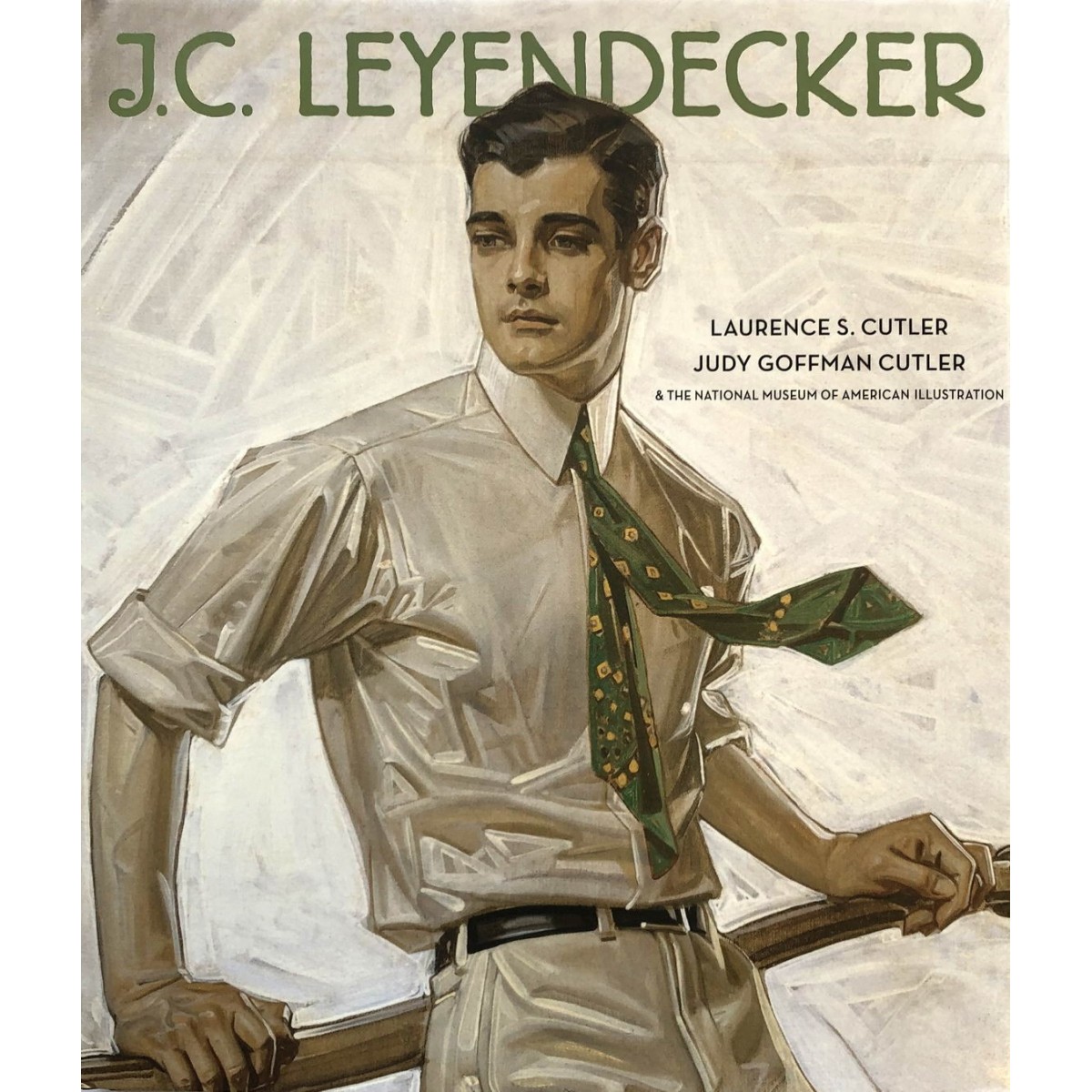 One of the most prolific and successful artists of the Golden Age of American Illustration, J. C. Leyendecker captivated audiences throughout the first half of the 20th century. Leyendecker is best known for his creation of the archetype of the fashionable American male with his advertisements for Arrow Collar. These images sold to an eager public the idea of a glamorous lifestyle, the bedrock upon which modern advertising was built. He also was the creator instantly recognizable icons, such as the New Year's baby and Santa Claus, that are to this day an integral part of the lexicon of Americana and was commissioned to paint more Saturday Evening Post covers than any other artist.

This is the first book about the artist in more than 30 years, J. C. Leyendecker features more than 600 illustrations, including his masterworks, rare paintings, studies, and other artwork, including the 322 covers he did for the Post. With a revealing text that delves into both his artistic evolution and personal life, J. C. Leyendecker restores this iconic image maker's rightful position in the pantheon of great American artists.

Leyendecker was the first illustrator that invented branding in advertisements. His most striking advertisements he did for The Arrow Collar Man, a fashion brand for men. He also made illustrations for Kellog’s Corn Flakes and Ivory soap.

Joseph Christian Leyendecker was born in Germany on March in 1874. In 1882 the family immigrated to Chicago Leyendecker studied art at the Chicago Art Institute and he also studies art in Paris together with his brother Frank. In 1899 he got his first commission for The Saturday Evening Post. It was the beginning of a long collaboration with the most popular magazine in the country. In forty four years he produced 322 covers for the magazine. It was the Golden Age of American Illustration. Almost  all of the covers were painted and all of the articles and advertisements inside the magazines as well. There were many great illustrators like N.C. Wyeth and of course Norman Rockwell.

This book is a great mix between a biography and a showcase of all the incredible art he produced. As an artist it is great to see the studies of his paintings. It gives some insight how his paintings were created. He did a lot of studies of materials and poses. The studies almost look like finished paintings. But they are a sort of practice for the final piece. The studies he painted on smaller pieces of canvas and when you look closely you see that he drew a grid on top of it. That helped him to transfer it on a bigger scale for his final painting. The images look very realistic, but when but they were actually heavily designed. For The Saturday Evening Post he created his most memorable covers that returned every year. Like the New Years baby’s and the covers he did for Thanksgiving. He also made a lot of covers for Collier’s, a magazine that produced fiction. Many famous writers contributed to the magazine, like Jack London. But the Sunday Evening Post was his main income.

This book captures the illusive style of J.C. Leyendecker and gives you a great inside in his work methods and also his personal life. For every designer, illustrator or painter this book is a must have. I can spend hours just watching and studying his art in utter admiration. It is quite intimidating to see the pure craftsmanship, but also a true inspiration.

And if you'd like to see a VIDEO, there's one available too (from Stayf Draws) :)