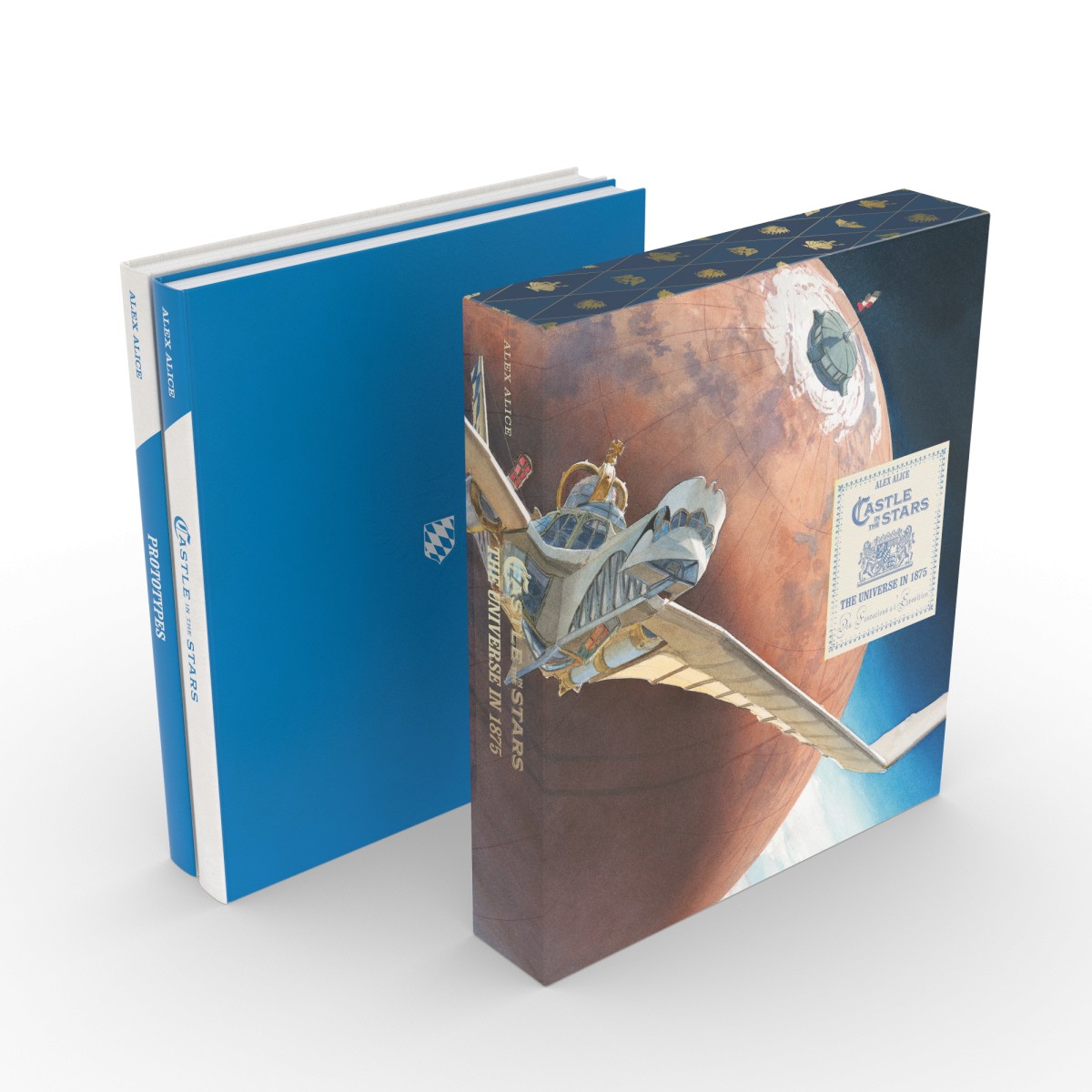 Dive into the world of The Castle in the Stars with The Universe in 1875, illustrated by Alex ALICE!

(Preorder - English version, here for the french one) 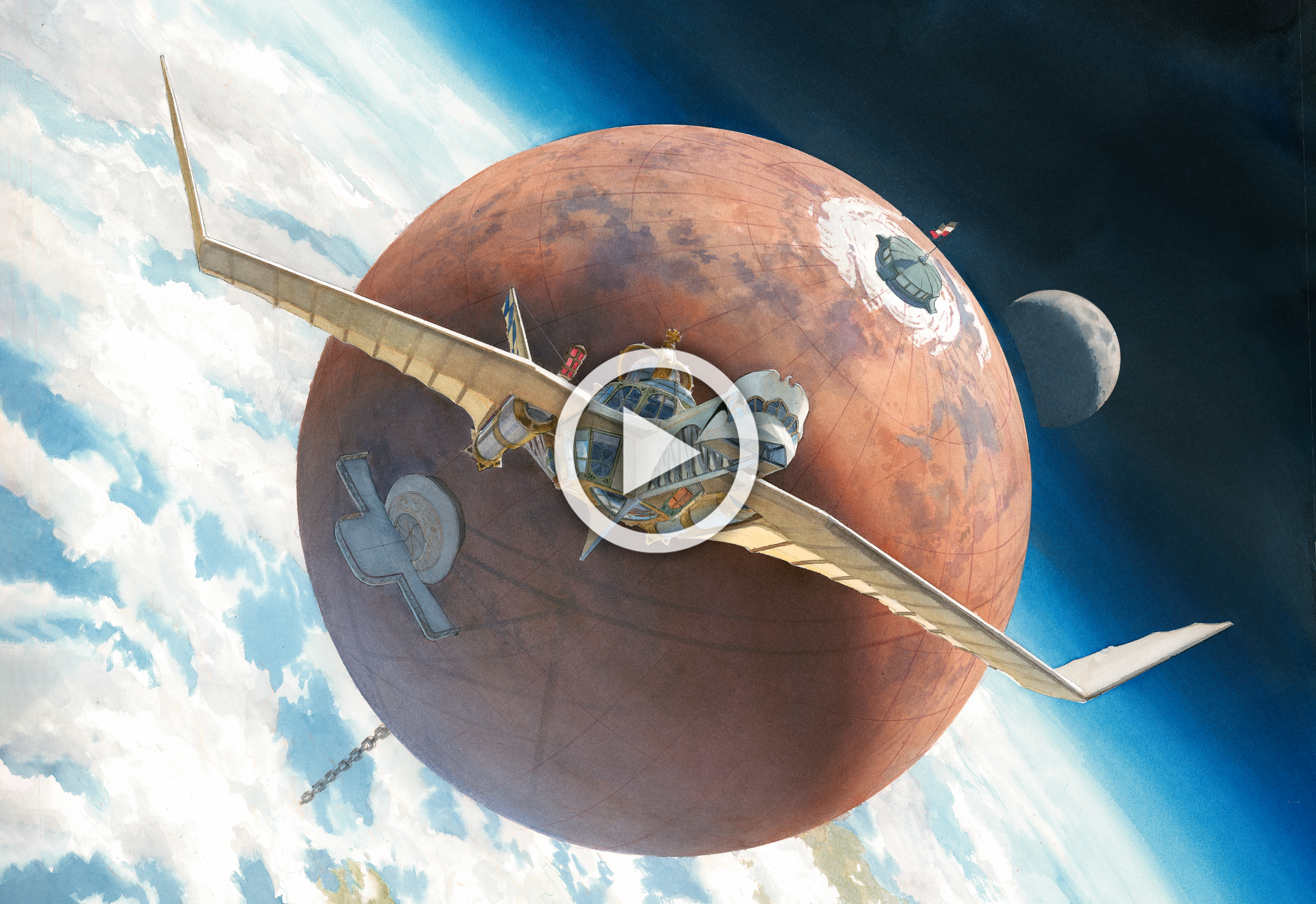 It is time, at last, to rediscover the artist’s universe in a brand-new edition with a deluxe slipcase including the art book, The Universe in 1875, and the sketchbook, Prototypes! If you’re into Jules Verne and gorgeous drawings, you’ll fall for Alex Alice’s watercolours (and if his world catches your eye, you can always read the comic books later!).