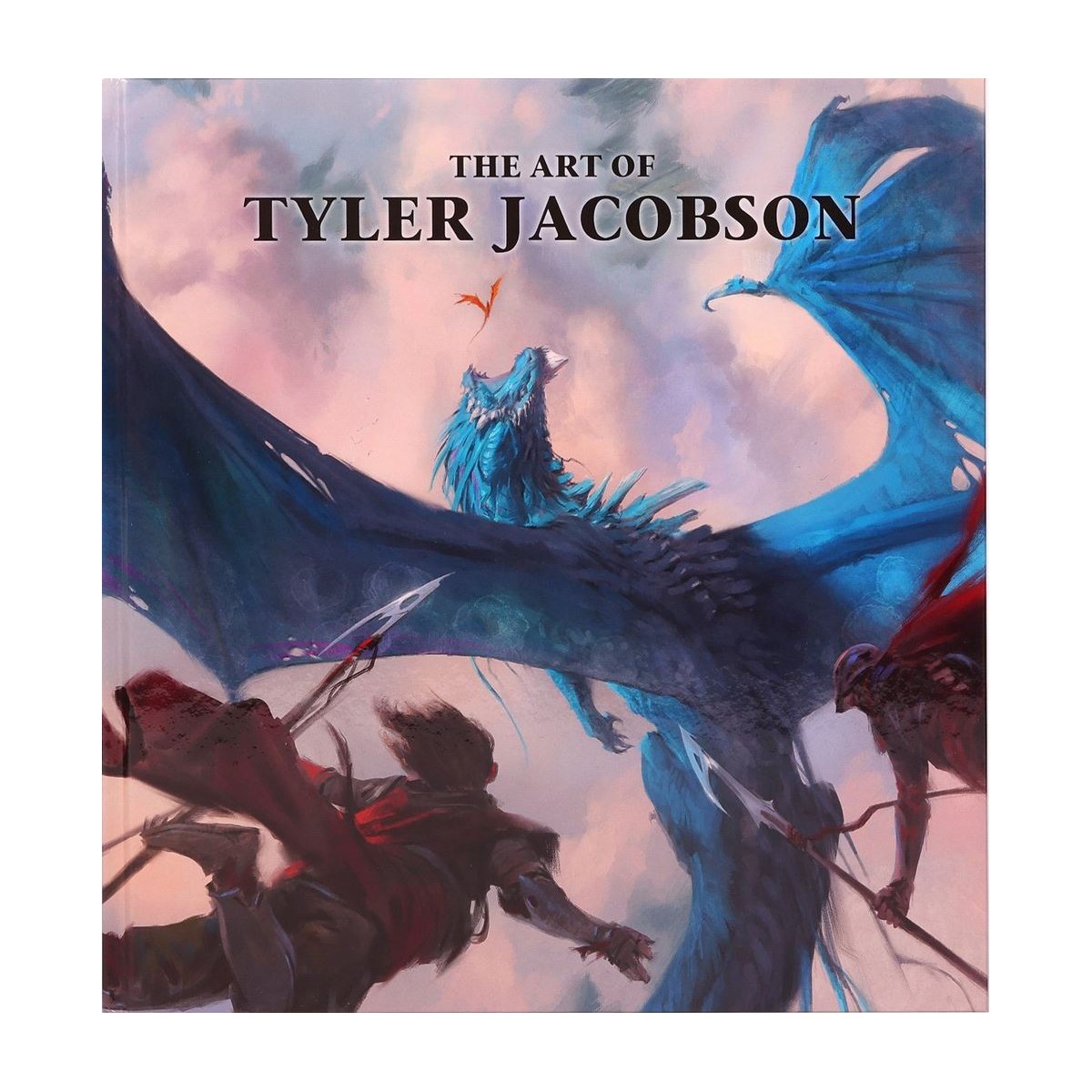 Explore the world of Tyler Jacobson and find yourself lost in a fascinating culmination of cinematic moments frozen in time.

The Art of Tyler Jacobson invites you to explore every aspect of this quintessential artist’s career. This treasure trove

covers everything from works created during Tyler’s youth, to thesis work made during his college years and continues into every aspect of his professional life. Examples shown include paintings done for books, advertising and editorial purposes, and most notably for the gaming industry. Included are finished works done in digital and traditional methods while also revealing rare sketches and concept art. In addition, Tyler offers exclusive insight as he shares background stories to key pieces found in these pages.

Immerse yourself in Tyler’s world, where you can find cinematic moments frozen in time. He builds new worlds with the help of his science background and interest in how things work combined with his passion for fantasy. Tyler has a highly sought out ability to design and create everything from new cultures, environments, weapons and tapestry to clothes and more. He is also well known for his mood plates, as he establishes the overall feeling and tone of the world being built.

Tyler loved playing Dungeons & Dragons when he was younger, which sparked his initial interests and career toward being an artist. With this book, Tyler hopes to share his thought processes and his love of storytelling.

Tyler Jacobson graduated from the Academy of Art University in San Francisco in 2009 with an MFA in Illustration. There he learned everything he knows from such greats as Bill Maughan, Lisa Berrett, Stephen Player, Randy Berrett, Chuck Pyle, Tim Evatt, Zhaoming Wu and many more great instructors and professional artists. Soon after graduation, he began working for Wizards of the Coast and was honored to be approached by Richard Solomon in New York City for representation.

When he can find free time, Tyler tends to obsess over movies and anything concerning filmmaking. He also practices HEMA as much as he can. His clients include Wizards of the Coast, Dungeons & Dragons, Magic: The Gathering, Paizo Publishing, Applibot Inc., Simon & Schuster, Barats and Bereta, NBC, Texas Monthly, The Weekly Standard, Konami, The Penguin Group, Rolling Stone Magazine, Toyota, Men's Journal, Tor Books, Scientific American, Entertainment Weekly, The New Yorker and Sports Illustrated.