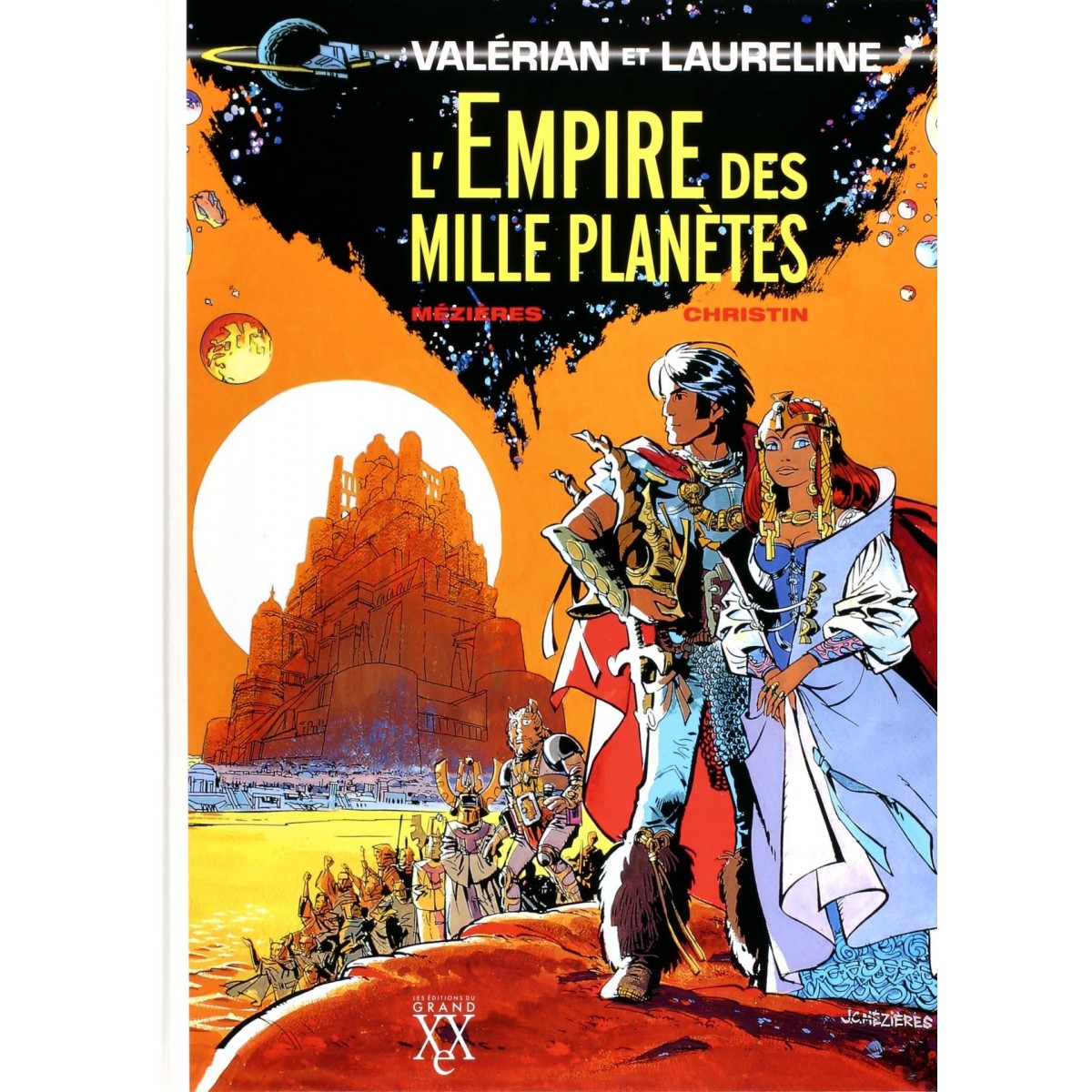 Deluxe Edition of the 2nd volume in the Valerian series : Empire of a Thousand Planets

Created at the end of the 60s by two geniuses of the comic genre, Pierre Christin (writing) and Jean-Claude Mézières (art), Valérian is regarded as the epitome of science-fiction sagas. Millions of books were sold, the stories in them fascinating several generations of readers, but the universe of Valérian didn't stay just on paper: an anime (Japanese cartoon) was made in 2007 and a movie most fortuitously was released in 2017 with many many thanks to Luc Besson!

Empire of a Thousand Planets is the 2nd volume of the Valérian series (later to be retitled Valérian and Laureline, in 2007, on the 40th birthday of the saga). First published in Pilote between 1969 and 1970, this volume marks the first space travel for our two favorite heroes: Valerian and Laureline will indeed find themselves on Syrte-la-Magnifique, capital of the Empire of a Thousand Planets, where the power struggles are worrying the people of Earth...

A Deluxe Edition, in another collection!

This particular Deluxe Edition is not part of our own collection Retour aux Sources, where we publish Artist's Editions of the adventures of Valerian and Laureline ; the Editions du Grand XXe have launched their own collection, Les Maitres Reveurs, that also offer Deluxe and Artist's Editions of Valerian. Always interested by the sage, even in other formats, we could not remain indifferent in front of such an amazing work!