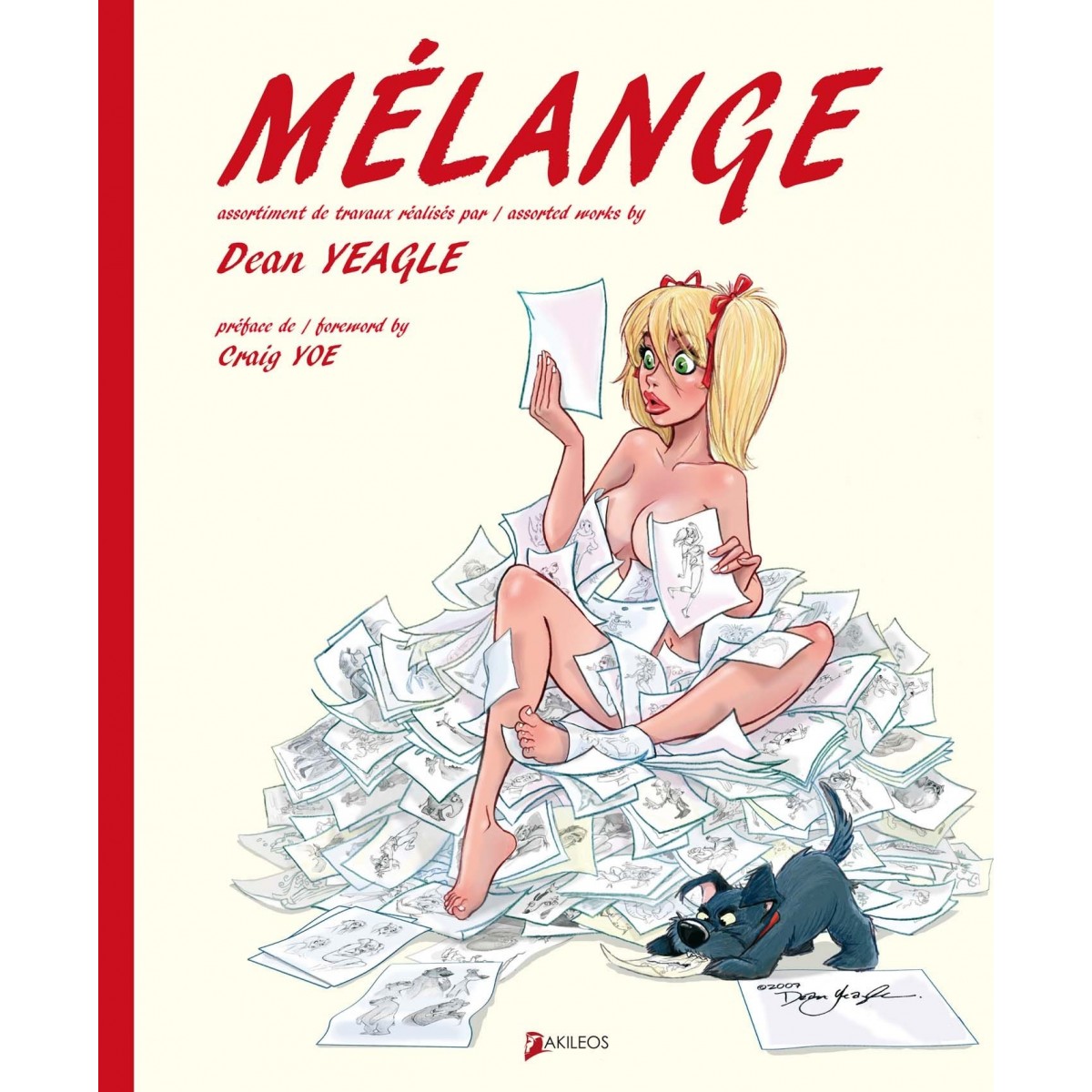 Improved edition, with 32 new pages and a foreword by Craig Yoe, a book in english and french

Dean Yeagle started working in animation in Philadelphia. He then joined one of the best animation studios of New York as a designer, a director-producer, a story boarder and as a character designer.

As an artist, Dean Yeagle is skilful and versatile. He has worked with studios such as Disney, Warner Bros., Blue Sky, Hanna-Barbera and others. He has also worked in publicity, and has realized numerous illustrations addressed to children, to the press, and especially to the magazine Playboy. The latter helped him become a pin-up artist, and he created his most famous character: Mandy.

In 2007, Mélange, a splendid art book containing his assorted works was released for the first time. It was sold out very quickly, and was recently republished as an expanded edition, with 32 additional pages.