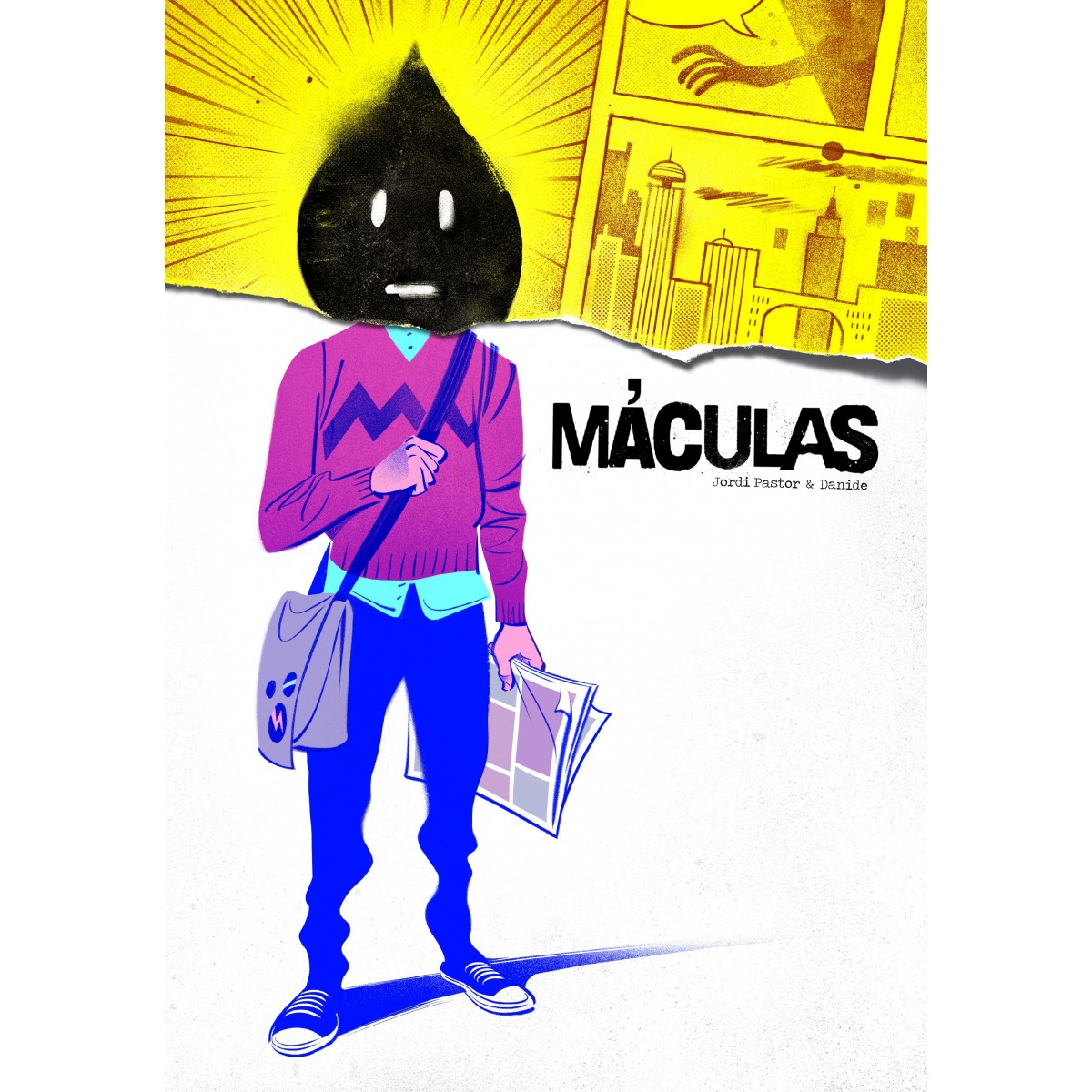 (This project was crowdfunded through the Spaceman Project. If you want to know more about it, click here!)

Have you ever dreamed of flying, being invisible or possessing amazing strength? Dott Spot doesn't only dream about it, he has the chance to make it happen.

A while ago, the government reached an agreement with the world's bounty-hunters. Catch a criminal, and in exchange receive a super-power. Become a hero to your community and end up as a real superhero. Dott Spot wants to fly, and to achieve this he must capture the most-wanted thief, Iman. But let's tell you a secret Dott Spot doesn't know about. He isn't real. He's nothing but a comic-book character trapped in paper and panels, acting however the writer decides he should.

And who is the writer?

Scott has been writing and drawing Dott Spot's adventures for a while now, with the help of his friend Mina, the series' colorist. The last meeting with his editor is possibly the worst he ever had. The series is going to be cancelled, and they are giving him just one final issue to wrap up Dott Spot. How far is Scott willing to go in order to stop this?

Mina gives him a brilliant idea: contacting the creator of the character, the now elderly Spinelli. But... Can we tell you a secret Scott and Mina know nothing about? They aren't real. They are nothing but comic-book characters trapped in paper and panels, acting however a writer decides they should.