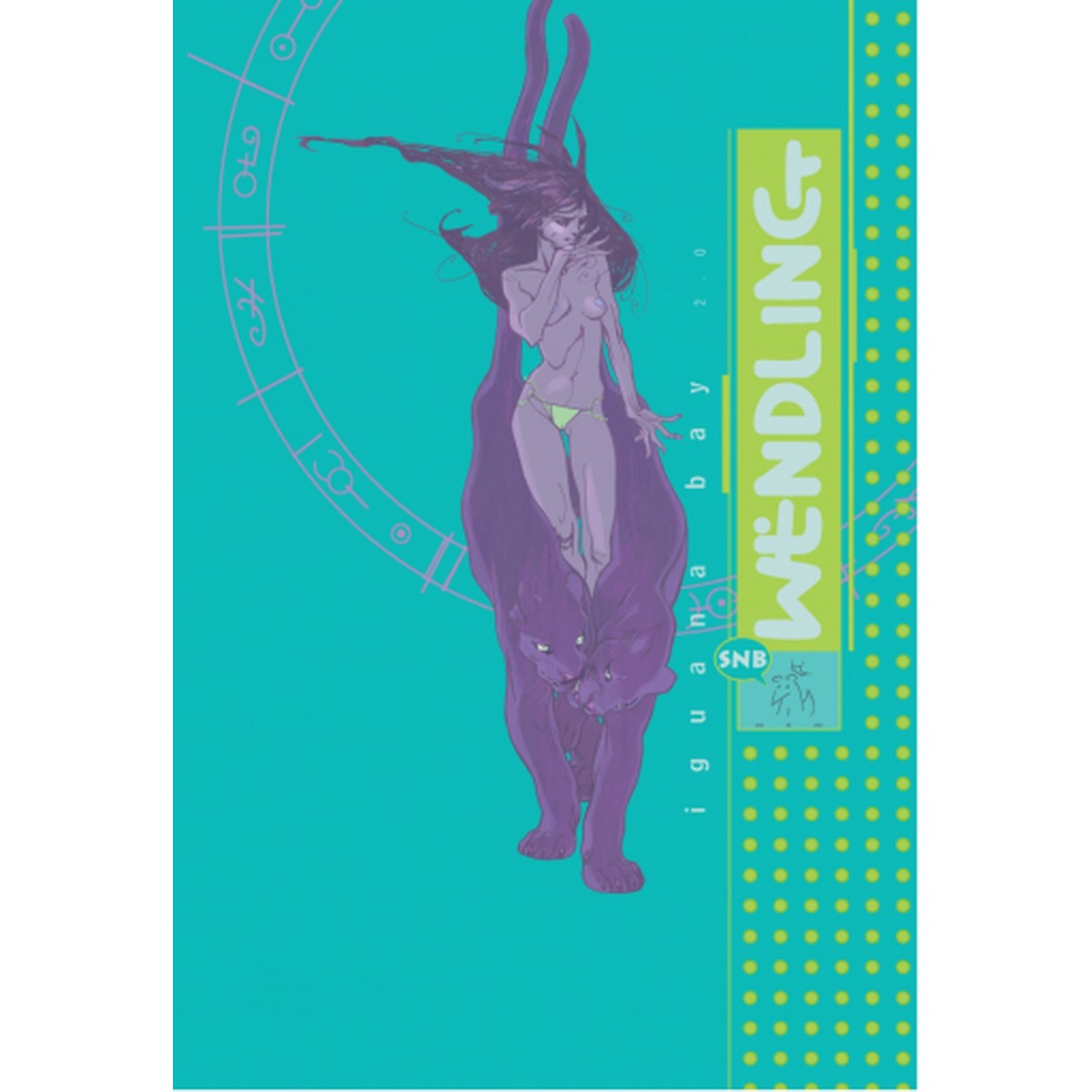 This is a reprint of Iguana Bay 2.0, Claire's artbook of creature design. Originally published in 2003, it was out of print for several years and became her most requested title. And now it's back!

The first Iguana Bay sketchbook was published in 1996 and contained studies of male and female figures; many different animals in various acts of motion; imaginary creatures such as dragons, mermaids, and centaurs; and  original creations that sprung directly Claire Wendling's imagination.

In 2003, her publisher wanted to reprint Iguana Bay, but Claire refused: she didn't want to reprint her old drawings, so instead, she offered to execute a new version of each drawing. Her publisher then proposed to publish both the old and the new side by side, and thus was born Iguana Bay 2.0.