> Books>Game of Thrones- The costumes 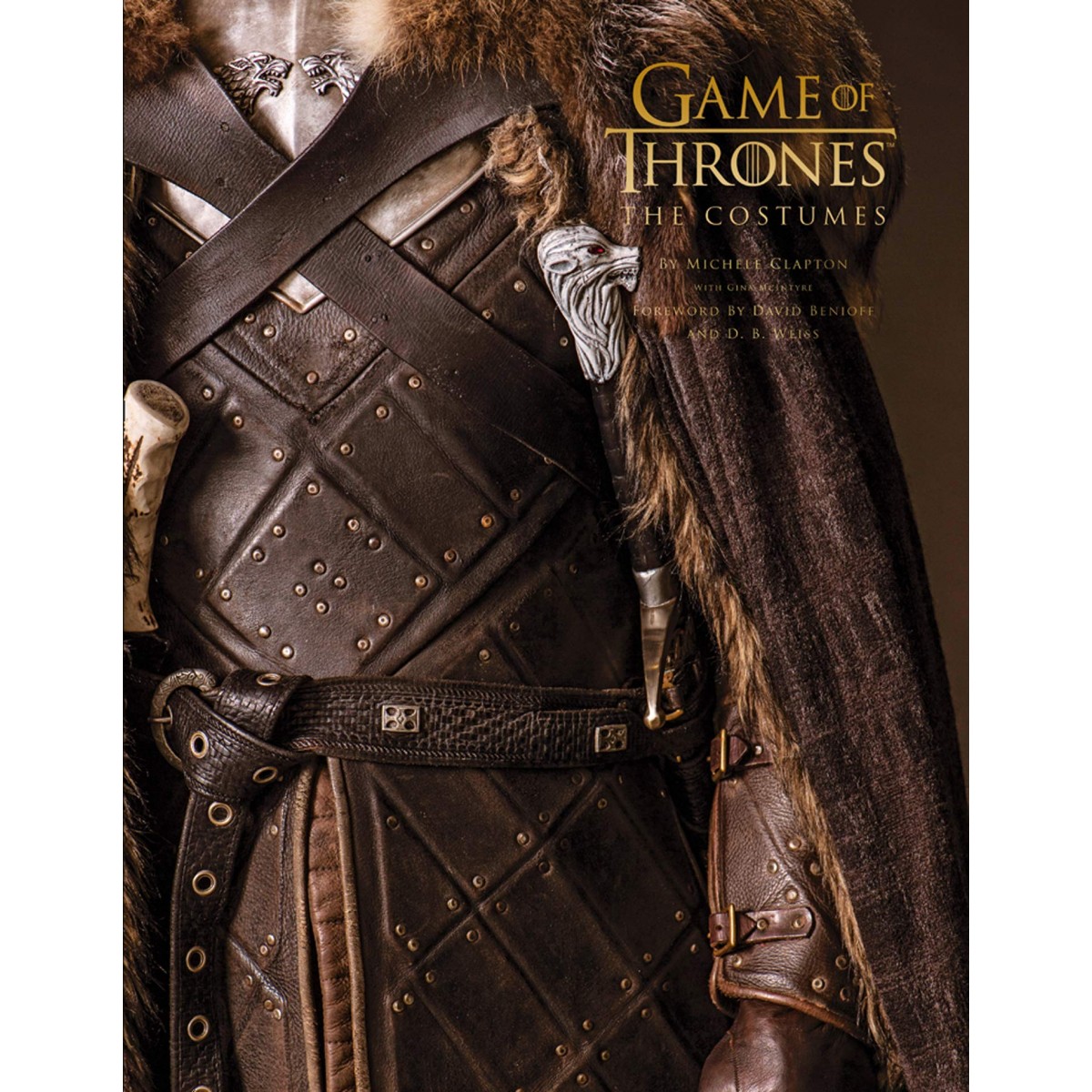 Game of Thrones- The costumes

The costumes of Game of Thrones by Michele Clapton

Filled with gorgeous illustrations and pictures of the costumes from HBO’s hit series, The Costumes is the definitive Game of Thrones art collection.

Discover the secrets of the costumes of Game of Thrones, the series with 30 million fans, in a beautiful official book!

Since the first season, released in 2011, Game of Thrones has become the most popular and awaited series by fans around the world.

From the practical wardrobes of Winterfell to the finery of King's Landing, Game of Thrones costumes play an integral role in the journey of fans in Westeros and beyond. This luxurious book celebrates the incredible artwork required to create each outfit with beautiful photographs of the costumes and some behind-the-scenes details.

More than 3,000 costumes and 4,000 props have been catalogued over the seasons. In Game of Thrones, every tunic, dress and accessory matches the spirit of the person wearing it. We see, for example, the evolution of Sansa Stark through her wardrobe. She thus passes from a martyred young girl in light-coloured clothes, following the fashion of King's Landing, to the strong and respected woman who wears the fur of her clan in the North of Westeros. The way the characters dress is a means of expression as much as camouflage.

Revealing the meticulousness and imagination behind every piece of clothing in the series, this book is the ultimate guide to discovering one of the most fascinating facets of Game of Thrones.

This Game of Thrones Costume Book will allow fans to dive back into the world after the final episode of the series.

This official book is essential for learning all about Westeros and Essos fashion.

About the author:
Michele Clapton has received 3 Emmy Awards for her work as costume designer for Game of Thrones. She has worked on many other films and television series.