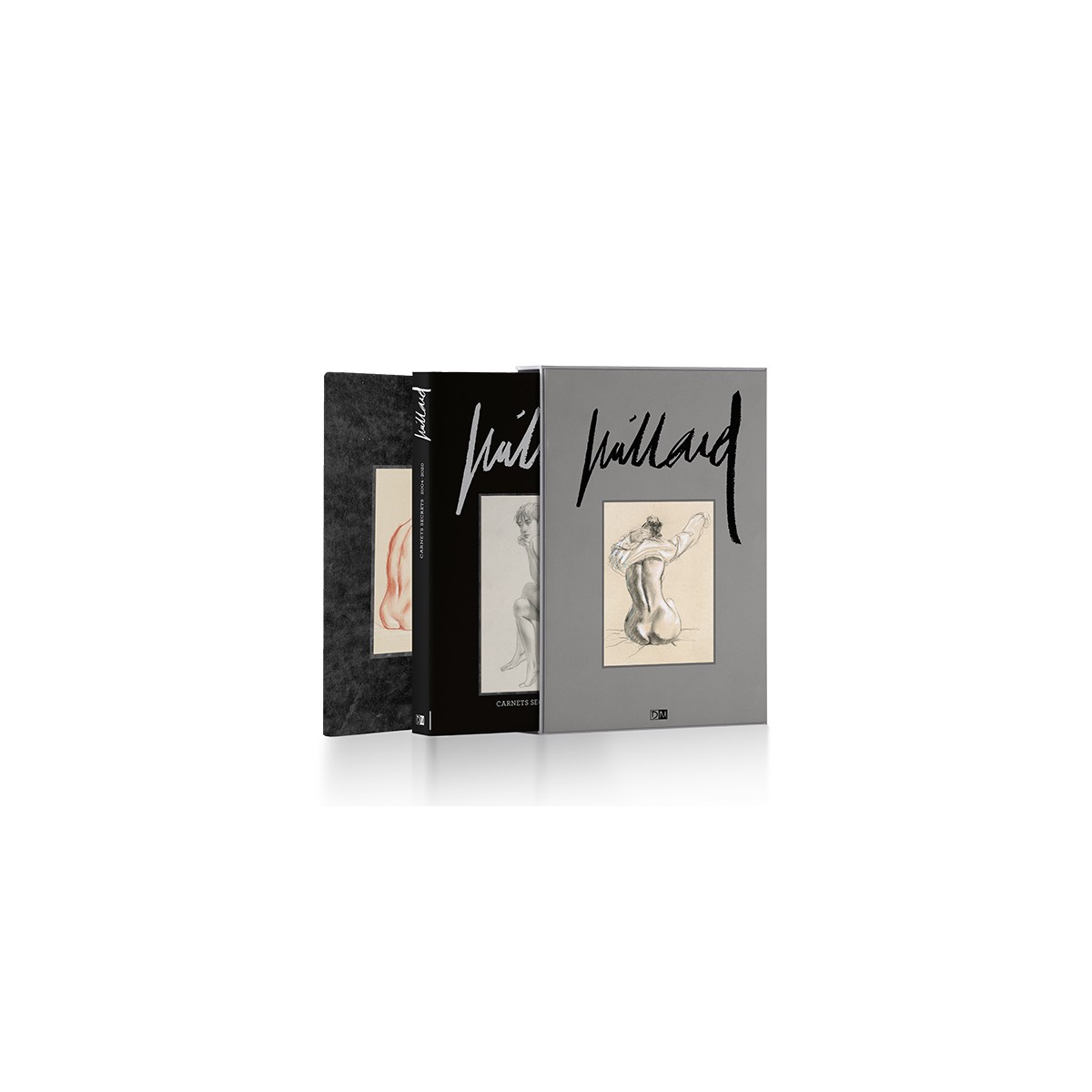 Published by the Editions Daniel Maghen.

Only 300 copies were printed for this limited edition of Carnets secrets.

This special edition includes the book Carnets Secrets with its cover entirely clothed, a 32-page unseen-before sketchbook and a print signed by André Juillard and numbered from 1 to 300.

Juillard unveils the sketchbooks he drew in his private workshop during the last 20 years. Since 2006, the number of these sketches has risen exponentially. He filled numerous sketchbooks with these black and white masterpieces (sometimes adding a bit of colors), often depicting women's bodies, we can find his heroines: Ariane, Louise, Eve but also his inspirations: photographs, painters, illustrators, or colleagues and friends...

More info on André Juillard's original works on the publisher's website! (in French)