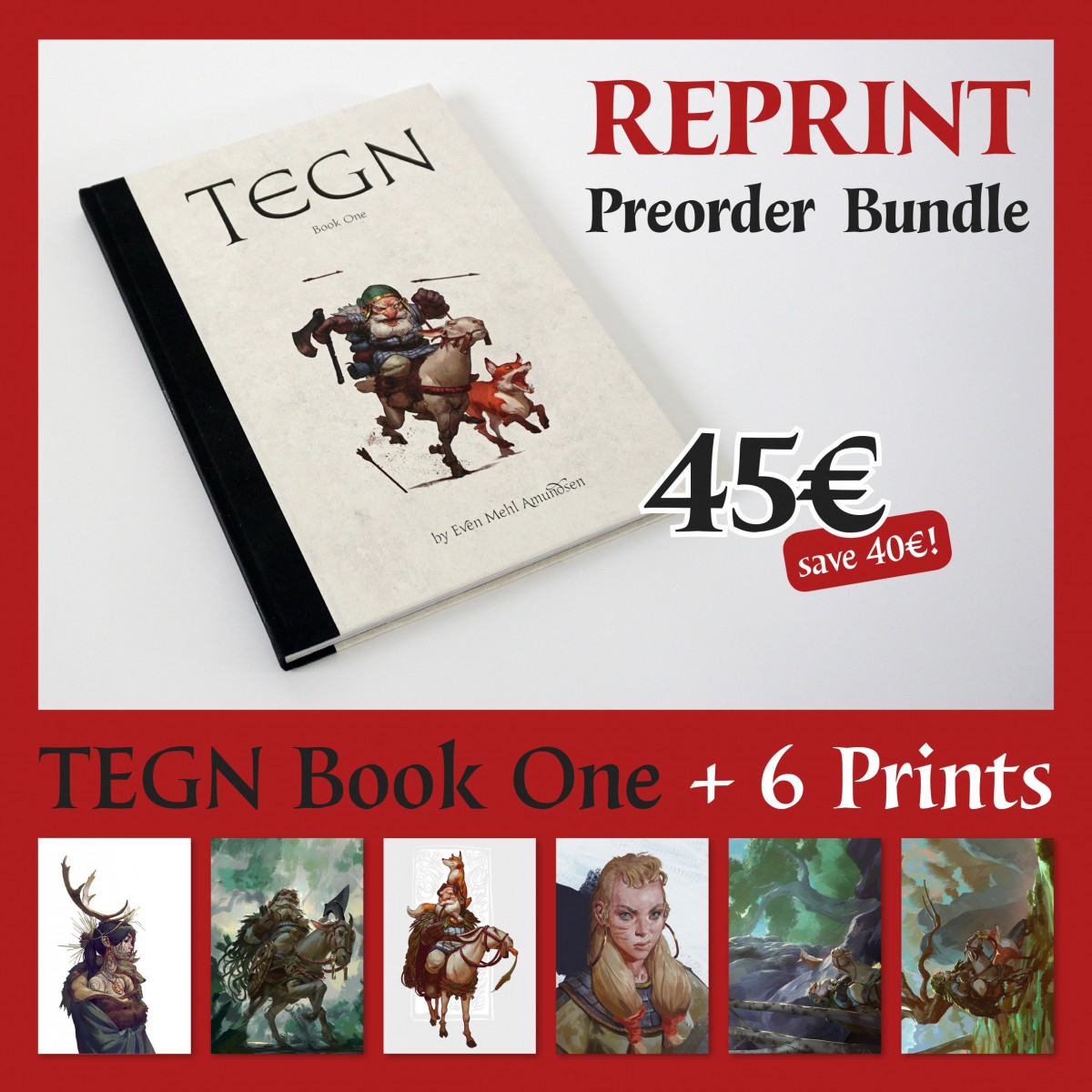 TEGN: Book One Reprint Pre-Order Bundle by Even Mehl Amundsen

Book One having been sold out, we decided to issue a reprint of it and offer it in a SIX PRINTS bundle pack!

This is a preorder, the books have not been printed yet, and can't be shipped immediately.

For any order combining a book in preorder and other books that are already available, you will receive all the books in one only parcel as soon as the preordered book will be published or reprinted.

Even Mehl Amundsen is a freelance concept artist from Norway who has worked for studios like Volta, Blizzard, Riot, Wizards of the Coast and many more. Besides that he has been working on his own world shown in TEGN. He travels a lot, teaching what he has learned in workshops and giving advice to newcomers.

Like many other artbooks this one also launched as a crowdfunding campaign on Kickstarter with overwhelming success. It ended with over 77.000€ funding and over 1.200 backers whose support made the production possible. The book is a A4 hardcover, black halflinen-binding and coated with surbalin paper that is leather textured. It has 160 pages and weighs about 900g. The inside is printed in full color. During the campaign it has been promoted throughout the world and has gotten a lot of positive feedback.

366 days, 366 sketches telling 366 stories, some smaller, some greater. Shared with the community, first online, and now as a series of beautiful books: TEGN - Book One - by Even Mehl Amundsen is the first of three books that together tell the whole story that started as a doodle on the first day of the year: "draw something today, and the next day and the next". And soon the doodles took on a life of their own, summoning up grand adventures and ideas for a world emerging slowly from the mists of imagination.

The tale is only beginning, and we hope you will join us.

If you want to know what is going on in the universe of TEGN, you can subscribe to the newsletter!